More about the Players' Championship

Opens are two-day tournaments open to all players. Each Open offers Invitational qualifications to the Top 8 finishers and awards $20,000 in prizes. Opens are held in larger US metropolitan areas and feature live streaming video coverage.

Classics are one-day tournaments open to all players. Each Classic offers Invitational qualifications to the Top 4 finishers and awards Prize Wall tickets. Multiple Classics with different formats are held on Sundays in conjunction with all SCG Tour Weekends.

Find upcoming SCG Tour events by date on the Event Schedule or by location with the Event Finder!

Find coverage of past SCG Tour events in the Coverage Archive! 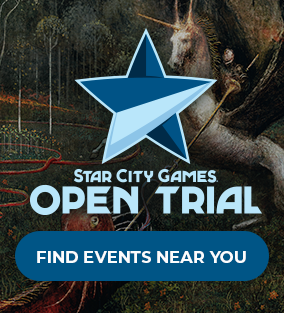