In general, you want to play Glistener Elf first on the play and Noble Hierarch first on the draw. Against a deck with removal, if you have two copies of one, and one of the other, play the one you have an extra copy of.

I tend to sideboard out a Become Immense or two against decks with Remand.

You can use Vines of Vastwood on a variety of things involving their creatures. These include:

- Modular trigger from Arcbound Ravager from hitting its target.

However, it does not stop Spellskite from being able to redirect your spells onto it.

Dryad Arbor is a 1/1 Mountain Dryad under Blood Moon.

Distortion Strike must be exiled if it resolves. Don't add it into your equation that turn regarding delving for Become Immense.

Inkmoth Nexus does neither infect nor regular damage when Melira, Sylvok Outcast is in play, so don't bother activating it.

Games slow down after sideboard. Most decks' plans are to kill everything you play while stranding you with pump spells. You side out pump spells in many matchups, and most often Mutagenic Growth.

Twisted Image is a card that's serviceable without a great target, but awesome if they have one, such as a sideboarded Spellskite. You often side in some number of them in the dark against everything as a hedge.

With the option to go up to 4 Spellskite and 3 Wild Defiance, this opens the door to an "alternate win condition" when you have 2 Spellskites and 1 Wild Defiance. Wild Defiance triggers on becoming the target, not on cast like heroic, enabling a Hatred-esque combo kill. 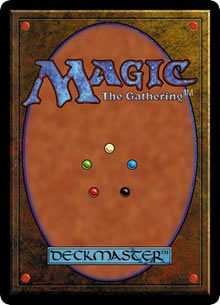 This matchup is tough depending on how many "real" cards they have, which include Snapcaster Mage, Vendilion Clique, Grim Lavamancer, and spells like Electrolyze. They have a hard time actually pulling off a combo win through Spellskite and an open green mana, which could be your Nature's Claim or Vines of Vastwood. If you notice a high number of basic Islands, lean towards getting a Forest early in case they have Blood Moon.

This matchup was much tougher before maindeck Wild Defiance became a thing. Become Immense also helps a ton when it comes to winning the inevitable fight on your main phase through their various removal and countermagic spells. This is where Carrion Call shines, as it works triple-duty to tax their one-for-one removal, gain extra use from their Path to Exiles when they ramp you, and to make them act during their own end step allowing you to untap and do big things. Keep in mind that they typically have four Tectonic Edge, so at times you will want to keep your land count below four when Inkmoth Nexus is your primary plan.

Likely the worst matchup. If they have Noble Hierarch, you want some number of Twisted Image as well. Become Immense is hard to fire off and terrible in multiples. You need to be fairly defensive early, and blocking with a Glistener Elf on their first attack to shrink their creature on future attacks happens often. Pendelhaven is one of your most important cards in the matchup, and I often keep hands that have one, even if the hand doesn't have blue mana.

Blighted Agent is definitely the most important card in the matchup. The other Infect creatures trade off regardless of whoever has the most pump spells, so overall, pump spells aren't very good here. Vines of Vastwood are used defensively a lot when you're on the draw and offensively when on the play. After sideboarding, both decks become more reactive and take out their burst damage elements so you're more often safe to add to the board and have to accept the possibility of dying on the spot if they have the kill.

This is the deck to beat, and we're pretty pre-boarded against it, so there isn't much to change here. If they're showing up with Birds of Paradise, Noble Hierarch, or Doran in addition to Spellskite, you're golden. If you see Darkblast or Dismember, consider the strength of Wild Defiance as well as sideboarding in the third copy. If they have Dark Confidant, bring in Piracy Charm over a pump spell. If they're playing Noble Hierarch or you see Spellskite in game 2, sideboard in the Twisted Images as well and shave some pump spells.

I think this deck is strong and expect it to show up more than others would expect. They suffer from inconsistency and are generally a bit slower than Infect. There is little interaction and you hope to turn 3 them before they turn 3 you. This is one of the few matchups remaining that has Slaughter Pact, so be mindful of it. Amulet of Vigor is a huge threat so going up to three copies of Nature's Claim is necessary to fight it. Sometimes they show up with countermagic like Swan Song or Dispel as well. Additionally, they can have other targets, like Engineered Explosives or a reactive enchantment like Seal of Primordium, providing more targets for your narrow Nature's Claims.

You're faster, and they can't deal with Blighted Agent very well. After sideboard you stifle their development by using Twisted Image on their Ornithopters and Signal Pests, and lord forbid, Spellskites. Here is where Apostle's Blessings protection from artifacts comes into play the most. The biggest way for them to beat you is with Cranial Plating on Etched Champion so you may sometimes need to block with Inkmoth Nexus or Spellskite. Your Spellskites prevent them from using modular from Arcbound Ravager, but it is a may effect so you won't gain the counters from it.

A perfect matchup. They're slow and don't have enough interactive parts to stop you. Don't bother trying to stay above eighteen life, as you need to put enough pressure on them at all times before they do their combo thing. Remember that you can redirect all Valakut triggers onto Spellskite effectively making it only do 66% of its damage. This means thirteen life is the key point to stay at, or eleven if you can reliably keep up a blue mana to pay for Spellskite naturally. Once they hit eight lands, that life management plan goes out the window, but hopefully the game has ended by then.

You're a bit faster than them, and Hexproof is another deck with little answer to Blighted Agent. They're known for gaining tons of life from Daybreak Coronet and such, which thankfully is irrelevant against Infect. Remember that removing the first aura from a Bogle after they've enchanted it with Daybreak Coronet will make it fall off. Not really worth bringing in Dispel against only Path to Exile. Spell Pierce is also super-reactive and overall weak.

Bring in the third Wild Defiance on the play and take out another Mutagenic Growth. If they have Grim Lavamancer, bring in Piracy Charm. Eidolon of the Great Revel is their best card against you, so go up to the full three copies of Nature's Claim. In a pinch they can be used on your own Inkmoth Nexus, Wild Defiance, or Spellskite, which is especially useful in response to a Smash to Smithereens. If they have one-damage spells like Gut Shot or Electrickery, then Dryad Arbor becomes a liability, but overall I like it as a surprise blocker in tandem with Mutagenic Growth or Pendelhaven and as a way to create a creature while underneath an Eidolon of the Great Revel. Sometimes an unchecked Eidolon will get both players very low, and you have to play draw-go until you find Inkmoth Nexus and Become Immense, which is your only spell that Eidolon doesn't trigger off of.

I was very happy with this build of Infect for the Pro Tour and was pleased to see our pilots post a 65% win rate with it. The Pantheon has very strong Standard and Block players, so seeing a strong record in the team's weakest Constructed format was pretty sweet. Also a big congratulations to Jelger Wiegersma on his Top 4 finish piloting a Splinter Twin deck that originated as a pile of discarded cards laying on the table. I personally went 2-4 in Draft, which greatly hurt my chances in the tournament and would love a second chance at the tournament with different Limited results.

If you're looking for something in the Modern 5K portion of the Open Series in Houston this weekend, Infect is a deck I recommend playing. The matchup against Abzan Midrange was positive in our playtesting, and it fares well against the new popular combo deck in town in Amulet Bloom. Zoo is on the decline, and Burn isn't all too bad to face.

Have fun counting to ten, and best of luck!

Tom Ross is best known for his expertise building aggressive decks. The Boss had three consecutive SCG Invitational Top 8s in 2014, including back-to-back wins in during Season Two in Columbus and Season Three in New Jersey, along with four Grand Prix Top 8s and a Sunday appearance at Pro Tour Honolulu.